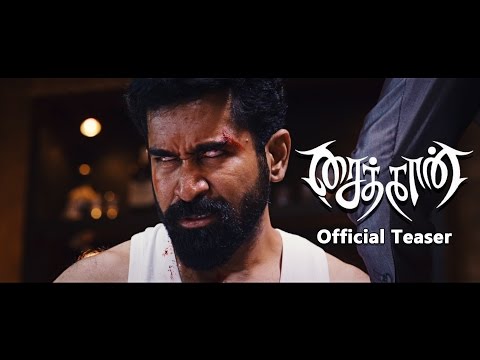 It is slightly a matter of Hardwork for an artist to earn acclaims from all sets of Audience. Starting from a school going child to a senior citizen, everyone has got a special respect for Composer-Actor Vijay Antony, especially for his realistic acting and choice of choosing unique scripts. As a result, Vijay Antony is growing up his stage of success in a very grand manner. Cutting the linguistic borders, he has strongly imprinted himself in the Commercial market of both the Tamil and Telugu film Industry.

Continuing his footsteps in the path of success, Vijay Antony has released the ninety seconds teaser of his upcoming film ‘Saithan’ through Youtube, which has started spreading viral in few minutes. Produced by Fatima Vijay Antony under the banner ‘Vijay Antony film Corporation’, the film ‘Saithan’ is directed by Pradeep Krishnamoorthy.

It can be very clearly said that the presence of Vijay Antony in ‘Saithan’ is all set to create waves in the Commercial trade sectors. Touted to be a Suspense - Action - Family - Thriller, Saithan is ready to roar on the festival of light that is releasing in both Tamil and Telugu on Diwali. It is to be noted that ‘Saithan’ will be released in Tamilnadu by  Mahesh Govindaraj of Auraa Cinemas.