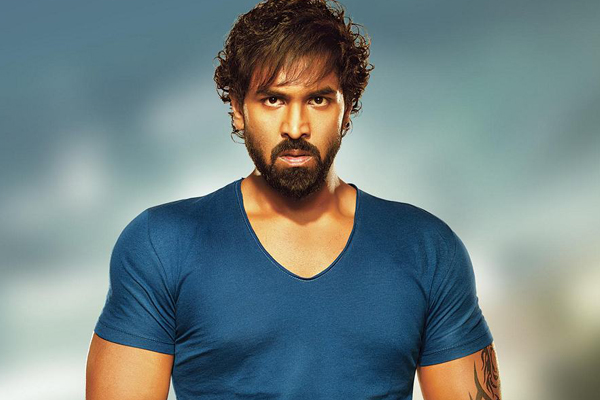 Vishnu Manchu's ready to release ‘Dynamite’ action scenes, they would certainly get amazed, says Vijayan the Stunt Master of the film, who is know for his demanding stunt choreography.

The stunt master was heard statingrecently in a audio function that he ranks Vishnu Manchu as the top most action hero of the Telugu Film Industry and the best one he worked till date. What makes him unique is that he is a fabulous technician, and his chemistry with stunt choreographers are inspiring.

Vishnu Manchu single-handedly made "Dynamite" a must-see for an action film lovers because of his committed stunt performance; he has taken risk-taking to new heights in the film. Some of the scenes in Dynamite are among the most nerve-racking action set pieces ever attempted in celluloid. I am startled with his energy levels. Vijayan added. In fact, in one of scenes he fractured his arm as he repeatedly performed the act to get the best shot for his director.

Trade analysts also say Vishnu Manchu has emerged as this generation's most sought-after action hero after his consistent performances in his movies over the years. They are quite confident that with Dynamite, Vishnu will reach a new high as an actor with multi-talent.

Produced by Vishnu Manchu’s 24 Frames Factory and presented by Ariana & Viviana, "Dynamite" is garnering perfect pre-release excitement in the trade circles and amongst movie goers. The film is directed by Devakatta and music by Achu Rajamani will hit the theaters worldwide on September 4.